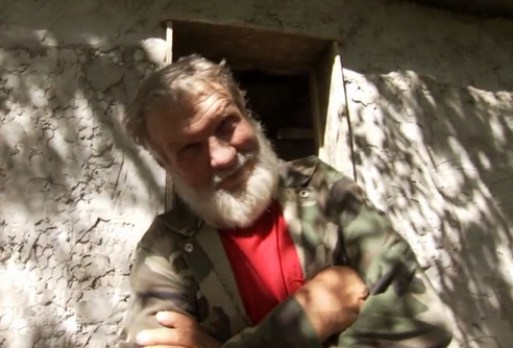 Harvey Lacey, a social entrepreneur who believes in the power of people.

Save the Planet One Block At A Time.

The Ubuntu-Blox concept is a holistic and sustainable approach to building homes, communities, and a less polluted earth while helping people feel integrity and a sense of purpose.  Harvey named the house Ubuntu-Blox because he saw how it could bring people together as one, just like the building blocks that were tethered together.  Harvey would often say how the Ubuntu-Blox house does not discriminate and that all blocks are welcome.  Harvey named the house Ubuntu-Blox after the African meaning which means “humanity.” It is often translated as “I am because we are,” or “humanity towards others.”  We were able to bring people together as one just as the blocks kept the house together as one.  Humanity was served all because of a bright idea that a welder from Texas believed in.

I met Harvey Lacey, a retired welder from Wylie, Texas on Facebook, and was drawn to him because of his passion and dedication to getting the Ubuntu-Blox housing concept seen and accepted around the world. He oozed purpose!  The concept is so simple, and to this day I wonder why our world has not adopted the home concept for both the rich and the poor.  I wanted to work with Harvey because I believed that these homes could change the way we live on so many levels.   He was a believer in his purpose, humanity, and wanted to make a social impact and so did I.  To this day, I am not giving up on his purpose.

Harvey is all about passion and represents one of the many heretics I have worked with.  He is smart, empathetic, and determined to improve the lives of others.  When I met him on Facebook in 2011 he was sharing his Ubuntu-Blox housing concept with strangers and building a tribe. Harvey’s mission was and still is to help the people of Port-au-Prince, Haiti rebuild the homes that they lost in the 2010 earthquake that left more than 500,000 people homeless and displaced. Harvey also wanted to find a way to provide jobs and a sense of self and community for the Haitians, especially women.  His Ubuntu-Blox building concept seemed to be one way to make this happen. 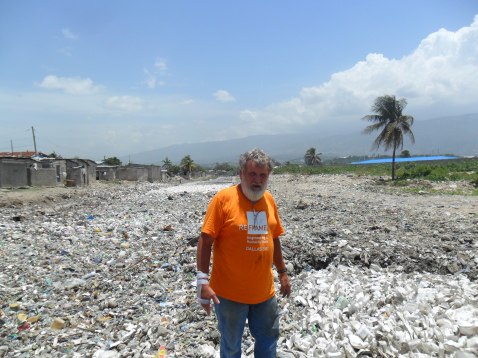 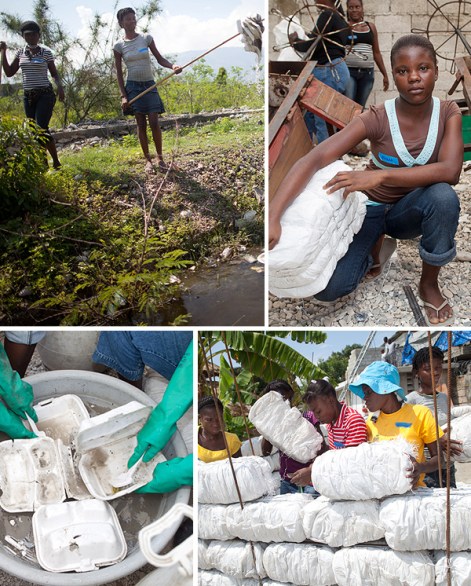 The business model was simple.  Create a trade school that would focus on teaching the Haitians how to implement street clean-ups and rubbish collection points for the styrofoam and film plastic they would collect from the canals, drains, and land around Port-au-Prince.  Next, cleanse and repurpose the waste into one pound building blocks that would be compressed, tethered together by welder’s string, and then fit into a rebar housing frame.  The final touch would be to cover the frame with cement and paint it in the colorful and alive way that Haitians are known for.

This video shows Harvey training women at the Haiti Communitere complex how to build the blocks. His Ubuntublox machine is manual, open-source, and is designed for pretty much anyone to build.

Prior to Harvey making his way to Haiti, he had to do his own PR with multiple audiences.  He needed to raise funds for materials, a shake table test, training at a resource center in Haiti, and his trip.   This is where I came in.  Harvey needed someone to act as a co-spokeperson as well as help him with establishing the right connections and knowing how to work and speak their language.   It took us a year to get the funds and to establish working relationships with the community resource centers in Haiti, build an advisory board, test an Ubuntublox housing model on a shake table, educate the press and influencers about the program, and build the final house in Haiti.

Prior to going to Haiti, it was essential to test the house on a shake table to make sure it was as earthquake-proof as possible. The Haitians are more afraid of their homes than they are of earthquakes and having a one-pound plastic block hitting your head would be much more welcomed than cement blocks.  The Ubuntu-Blox was tested on a shake table in Plano, Texas, and withstood an 8.3 magnitude earthquake and 90 mph winds.  I was able to get the major Dallas television stations and newspapers to cover the test as well as mentions in such publications as Forbes and the Huffington Post.   I also worked closely with the politicians who were working on supporting the rebuilding of Haiti and was able to arrange a photo opp with President Bill Clinton in 2011.

When I think about it now, talking to the press was the easiest part of this campaign. Selling it to the Haitians and the potential advisors and investors was another story.  But we did it. The women we worked with in Haiti were determined to build their own homes and find a way to create jobs for themselves.  They could see how the Ubuntu-Blox housing concept would be a way to live a more sustainable and safer life.

The snag we ran into was to get the proper funding to keep the trade schools going through the world and even our own country.  This is what a lot of non-profits go through and I learned early on that getting good press is only the first step.   To this day I still pitch the concept to folks and hope that someone will see how we can help so many people and our planet by using this housing concept. 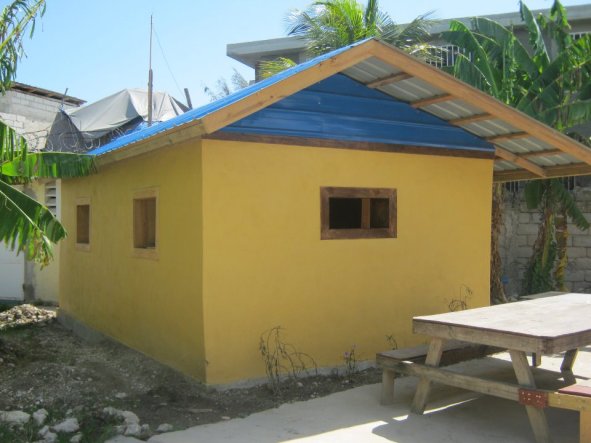 The finished Ubuntu-Blox house in Haiti – 2012