Kids Are Struggling With Feeling Enough 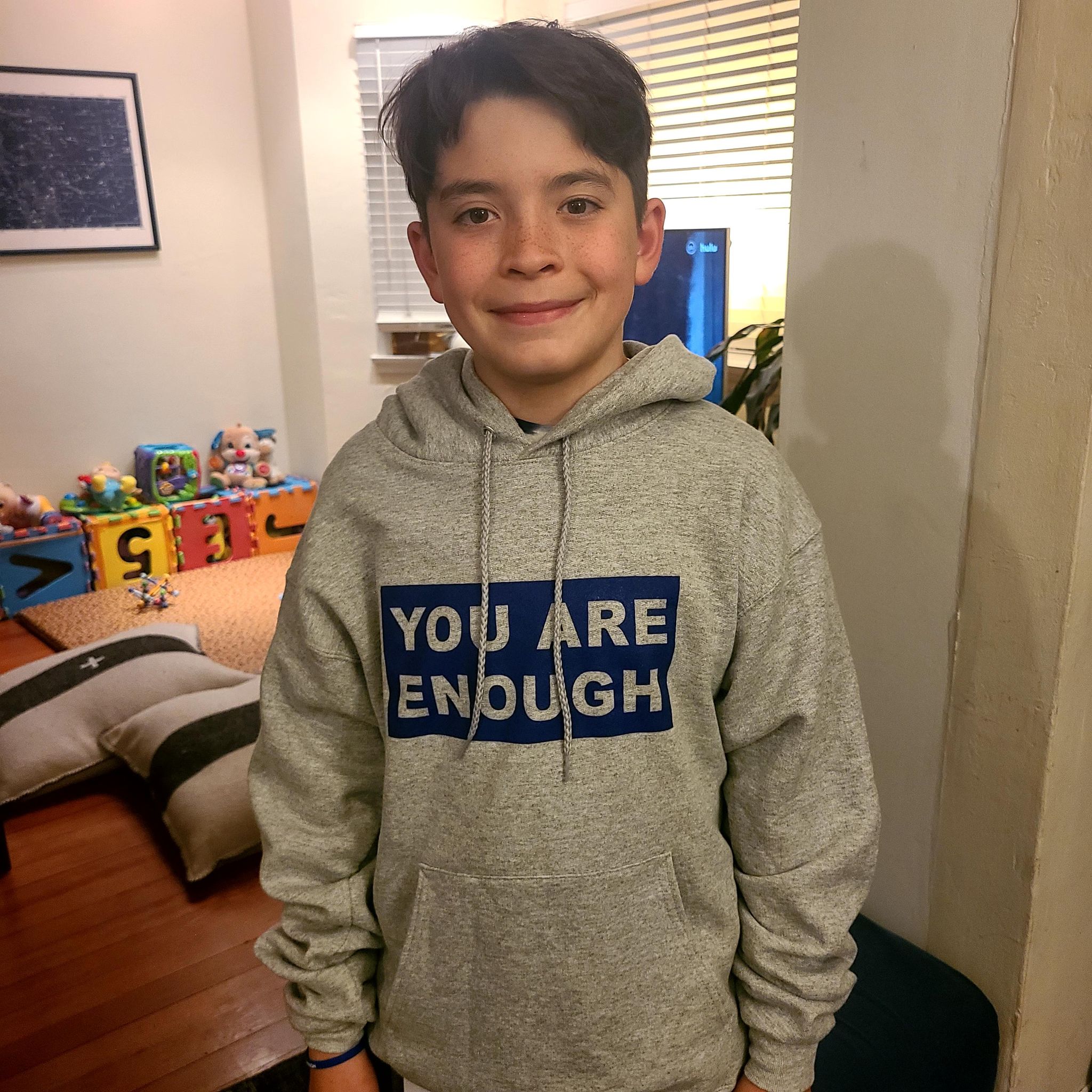 This is Kaden. He is 11 years old and has told his mom a few times that he does not want to live anymore. His mother asked me to post this and wants to let other parents know that she is having conversations with such a young boy about suicide. She is working with me and others to raise awareness around the fact that young children such as Kaden are getting dark feelings and are scared to reach out.

Feeling ENOUGH is something we all struggle with, no matter what age we are. Prior to launching my first campaign billboard, I interviewed folks of all ages to learn about what the phrase YOU ARE ENOUGH means to them. The age group that was the most vocal were those in the 10 to 16-year-old range. I must admit that I was shocked to hear “kids” explain the pressure they feel to do enough in order to be seen and valued. We know social media is playing a huge role in depression, anxiety, FMO, isolation, and low self-esteem.

When I met Kaden he was the quiet one watching life with such curiosity and a pained look while his twin brother was the life of the party. When I gave him a campaign wristband, he thanked me for helping him feel seen. When he put the hoodie on, he said that he felt so powerful because he could help others see that they are ENOUGH. He transformed before my eyes. His mom called me last night to say that he had not taken the hoodie off since I gave it to him a week ago. He is now on a mission to help other kids feel that they got this and they are not alone. We definitely need more Kaden’s out there, helping kids feel into their ENOUGH, and I am on a mission of my own to work more closely with schools to find these young mental health ambassadors.