Home » Cathy's Thoughts » Hey American Businesses, I Dare You To “Team On”

Hey American Businesses, I Dare You To “Team On”

The U.S. women’s national soccer team won its fourth World Cup title on Sunday with a 2-0 victory over the Netherlands. Mere seconds after the game, Nike weighed in with a minute-long commercial.

The ad ran 155 words, and a three-word phrase at the very end was the most important: “This team wins.” You haven’t been living under a rock, I assume, so I’ll keep the exposition brief:

I have written many times about the inequality women face in the workforce, especially around pay in Silicon Valley. There is no doubt that the women’s team should definitely need to be paid just as much as the men — probably more — largely because of the tremendous upside in the women’s game, as opposed to the men’s.

Betting on a growing market, like the men’s game, is a good investment. Betting early on an exponentially growing market — which describes the women’s game pretty accurately — is a no-brainer, brilliant investment.

As Nike poignantly notes, the ultimate reason professional teams exist is to win. To win games. To win hearts. To win championships. And to control the conversation. You could say something pretty similar about many businesses.

So far, the men haven’t done it. The women are now entitled to four stars over the U.S. crest on their shirts.

And Nike made sure everybody remembered the difference. 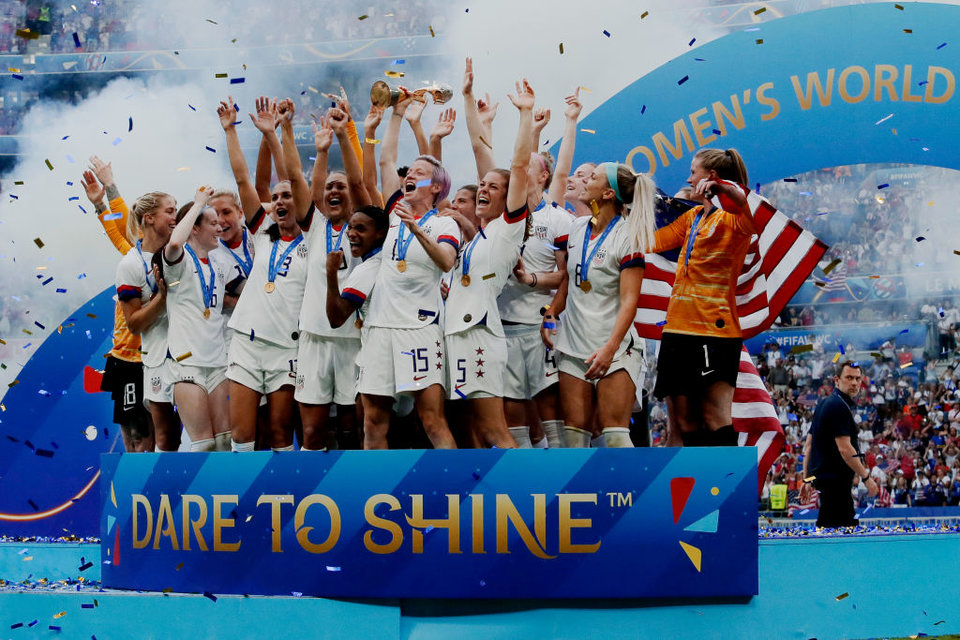