Harvey Lacey Has More To Say 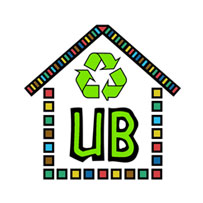 An update from Harvey Lacey in a way only Harvey can talk.

Life is pretty good for me right now.  I’ve got a paying client that
can afford my creativity and I’m doing stuff most people third to half
my age can only dream about.  I just had my annual VA physical, Agent
Orange thing, and the tests come up with me being finer’n frog hair.
Everyone knows you can’t get much finer’n that.  Well, there is the
cholesterol thing, numbers, bad ones, creeping up a bit.  But we
agreed that four to five range eggs a day might be the source for
that.  So I’m now eating six eggs a day but I give back all the yokes
to the chickens, they don’t live long enough to worry about the
cholesterol thing.  I have.

Then there’s this damn ubuntublox thing that grabbed me by the
tenderest parts thirty seven months ago.  It won’t let go, saving the
planet, educating kids and their parents about recycling, etc and so
on.

Two of the biggest hiccups in the get a long have been making it
important local, we’re talking Dallas type places.  And making it
where the block making process is easier and cheaper so we empower
anyone with a hankering to make a difference in their own world can do
it.

I have the machine to make the blocks down to almost nothing to make
and the materials for making the blocks to just pennies per block.
Then tonight I woke up and I was working with President Sorrel and the
students at Paul Quinn on designing and laying out community gardens
in some of the neglected communities in the area.  It’s a thing I do,
wake up working on what the semi-sleep thing has worked up/out.

Dallas had an editorial the other day about a community garden project
in west Dallas.  I went to the discussion area on the column and
people were jumping all over the idea like it was the worst thing
possible because of soil contamination, mostly the lead poisoning that
we know is a real issue.  So I did a google search and found out
something really interesting, we don’t have to remove fifteen inches
of top soil before it is safe for use for gardening.  We can add a
layer of clean top soil and build from there, composting and other
good stuff project also.

So here’s the deal, we can build two ubuntublox high walls sectioning
off plots for planting the gardens.  The plots are filled with topsoil
provided by the city from excavations and compost created by
participants.  We can even build the compost bins and storage sheds
with the ubuntublox.

Here are the upsides of this kind of project.  We get the styrofoam
materials from elementary school kids by having them clean and sort
their lunch containers.  They learn about recycling.  The block making
machines can be made from dismantled pallets and construction trash.
The film plastic bags for holding the styrofoam in the unbuntblox can
be supplied by students and people like my wife who hate seeing them
going into the trash.

Now comes the good part, volunteers work with students to make the
ubuntublox.  The only thing dangerous and absolutely something we
don’t want kids around is the preparation for the ubuntublox walls.
That’s because we will be digging post holes to hold rebar in concrete
for the foundation for the walls.  We might even have to have students
from PQC and adult volunteers wear chemical hazard suits for that part
of the project, make great video for the kids.  But once we get the
new topsoil and compost down it will be safe for the kids to
participate in the gardening.

The construction part will be easy, one foot diameter holes two feet
deep four to six foot centers.  We fill them with concrete with rebar
for attaching the framework of the ubuntublox wall.  What is cool
about this is the block wall lines don’t have to be straight, they can
curve, curves are better, much better.  But they can be straight, if
they have to be.  Once the walls are up then we cover them with
chicken wire and stucco them.  They will live forever, allegedly the
styrofoam has a similar decomposition time line as concrete in a
landfill.

The community gets gardens on soil right now that is too contaminated
for use.  Kids participate in making a difference and they get to see
a finished product of their efforts, I think that is as important as
anything, seeing the finished product of their own efforts.  We get a
lot of film plastic bags put to good use instead of going into the
landfill or landscape.  The same thing can be said about the
styrofoam.

If we can find a way to involve the homeless then we can make their
lives better too.  We also get examples of doing things differently
and cheaply that will inspire others to step out of the box and see
things in new ways.  Then there’s the original ubuntublox vision, men
and women with a simple machine building blocks from materials they’ve
collected and selling those blocks to others wanting to build great
homes.

I mentioned to President Sorrell in an earlier email that I would like
to see a project at PQC where we bring in foreign students to train on
building with ubuntublox in their own communities back home.  I would
like to have those students interacting with participating elementary
schools here.  I think it would be great for the foreign students to
be exposed to our kids and education system.  But for me the more
important reason would be for our kids to meet and be exposed to those
cultures.  I happen to believe that a child who listens to an African
tell about his life with that wonderful accent will make that child
look at African Americans differently here.  The child will not see
them as African Americans but maybe Africans, it might be a start to
seeing others differently.

I told Wilonsky the other day that it’s fun being sixty five and
dreaming like a teenager, join me, please, harvey 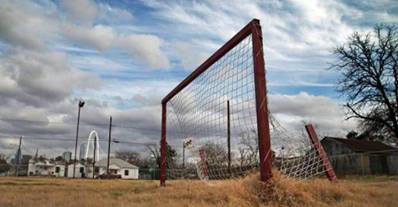