Patricia Arquette Talks About Roles in Boardwalk Empire and GiveLove 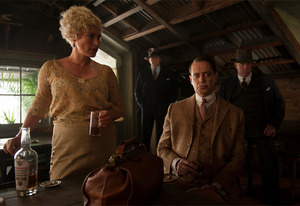 Good article in TV Guide on Patricia Arquette talking about her new role on the TV show Boardwalk Empire. Of course I want the readers to see the very last paragraph that talks about her work with and dedication to her cause, GiveLove, and how she wants to improve our world’s sanitation issues.

“I don’t care if sanitation isn’t cool and that it’s the least glamorous thing,” says Arquette. “The lack of it is killing more kids than AIDS, malaria and TB combined, and so far we’ve helped thousands upon thousands.” The divorced mother of two (she split from actor Thomas Jane in 2011) has witnessed some “pretty traumatic things in Haiti to the point where I sometimes question my future. Maybe I’ll give up acting some day and devote my life to saving children.”

Actress Is All About Cause