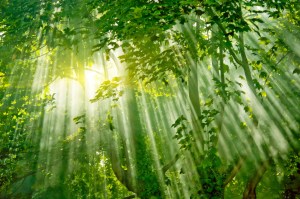 I was asked by a publisher a few years ago to write a book about my life story and how I have faced many challenges alone with determination and courage.  I did not get why they thought my story needed to heard.   But today I get it and feel and believe how my story will be about empowering you to believe in yourself as someone who is also a fighter and believer in life.  This will not be a self help book.  Instead it will be a WE book, one that you can live along with a bring with you on your own journey.  Our paths have crossed many times and I am so happy that you will join me as I write to help us see the beauty and power that we have.  Peace.

It was dark and quiet as I rode my bike along a major road in San Diego. I was 14 years old and on my way to a 10K that was being held at the stadium where the San Diego Padres and Chargers played.  My house was about 15 miles away, something my legs and lungs were not even aware of.  About halfway I realized I was hungry.  It was about 6:00 a.m. and I had not had breakfast yet.  So I stopped at a gas station and bought mini chocolate donuts and chocolate milk.   I ate my meal on the curb along the rode and felt a deep sadness.   I cried as I ate and had no idea why the tears were flowing.  The only thing I could determine was that I felt so alone and was wishing that someone was with me on my journey.  It was not to be.  So I finished my meal quickly and hopped back on the bike and rode through the darkness determined to find some light for that darkness that would  not leave my heart.

As I approached the stadium I felt my heart pump harder with anxiety and fear.  There were so many people in cars racing to find parking spots.  And the people looked so together and professional in their running attire.  I had on a pair of my twin brother’s OP chord surf shorts, a sweatshirt I borrowed from my mother that was too big, and Converse tennis shoes that were not meant for running.   I had no idea that I was not wearing the “proper” running attire.  I didn’t know that I should even care about how I looked to others.  As I locked up my bike I thought to myself,  Cathy, you are meant to be here even if there is no one here to tell you this or cheer you on.  I told myself this during the entire race which to this day seems so surreal.   The finish line of the race was in the stadium, the highlight of this day.  I felt so small as I looked at the thousands of seats around and above me.  I also finally felt big and important.  I felt my feet for the first time in the race.  It was a feeling I do not think I have ever had again.  As I crossed the finish line I felt a smile inside burst out.  I let out a smile and quickly found my way to where the t-shirts were being handed out.  Before heading back to my bike for the ride home I looked up at the sky, around the stadium, and at all the people and said thank you out loud.  I had no idea that I had won the race in my age division.  But I was aware that I was meant to run that day.  The rest of this book will be about how I learned to run to myself and therefore BE for myself and others.  And or course, a phrase that we hear often — there is no finish line in life.  It is about the journey and being aware of how you live that journey.